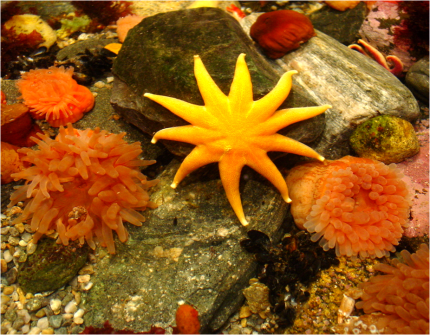 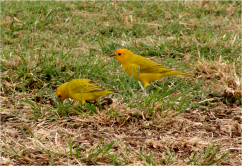 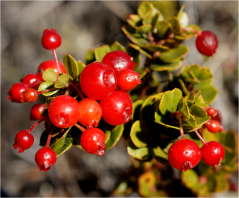 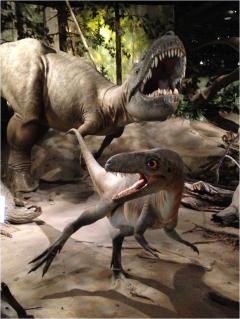 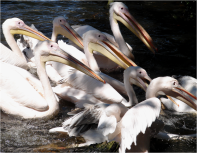 A Stationary Ark on Isle of Jersey

[click on title to be redirected to The Providence Journal]

If the biblical story about the Ark were true, Noah’s attempt to save animals from the Flood would have driven them into inbreeding depression.

Sentenced to incest, the descendants from the surviving sexual pairs — which themselves were allegedly confined to uncertainty in a drifting vessel — would have accumulated lethal combinations of genes and followed an inescapable vortex toward extinction.

Indeed, critically small populations of organisms store much less genetic wealth than the progenitors from whom they usually originate. Deprived from a healthy shuffling of paternal and maternal traits — a phenomenon known as recombination and that enriches the genome of creatures that mate — the offspring of repetitive kin procreations soon become unfit, fail to reproduce and gradually vanish.

The cosmos appears indifferent to this pain and suffering. Yet the laws of nature have steered the emergence of empathy and consciousness in the universe via Darwinian selection. Self-aware apes, such as humans, understand tragedy or joy when afflicted or delighted by them; empathic people can also infer when other animals experience distress or appeasement. But this assertion is incomplete, since the cognitive Homo sapiens is surrounded by a diverse mosaic of mental power in his close and distant phylogenetic relatives.

Intelligence has evolved gradually and in a continuum. And just like the fossil record, the pattern of human’s “brained companions” is scattered after historical and always ongoing natural extinctions. Chimpanzees, bonobos, gorillas, orangutans, capuchin monkeys and feathered creatures such as ravens, jays and parrots possess and seek empathy. They are proof that the mind is another byproduct — not a goal — of favorable conditions for the assemblage of organic matter in a Goldilocks-zone planet, hospitable like ours [click on image to be redirected to NASA: Earth], which has incubated life and later harvested intellect.

Empathy for each one of us and for other animals sometimes requires inspiration from the Ark’s metaphor, but not from Noah’s clumsy urgency to save provisions and secure self-subsistence in a landscape prone to fast inundation, but rather a well conceived and elegantly designed — under the scope of science — strategy for captive breeding and repatriation of endangered species.

I have a copy of “The Stationary Ark” (1976), with a handwritten note, “For Guillermo, with best wishes, Gerald Durrell.” But the first of Durrell’s books, in which he referred to the concept of the Ark in the context of preservation and propagation of threatened animal populations, was “The Overloaded Ark” (1953), which was followed by “My Family and Other Animals” (1956). Both gave this Anglo-Irish animal fanatic, born in India in 1925, fame and the income to fund the Jersey Zoological Park (1958) and house his personal collection of exotic animals.

The Jersey Zoo became a world exemplar of how cutting-edge research, conducted at a tiny 30-acre patch of land in the English Channel Islands, off the French coast of Normandy, could lead to an international effort and successful captive breeding and reintroduction of the Mauritius kestrel and the Mongolian Przewalski’s horse — evidence that zoos can reverse the course of some human assaults on nature. 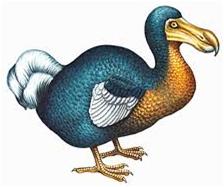 Durrell adopted the flightless Dodo — a 3-foot-tall and 40-pound archaic pigeon endemic to Mauritius, in the Indian Ocean, which became extinct in the 17th Century — as symbol of the Jersey Wildlife Preservation Trust, JWPT (nowadays Durrell Wildlife Conservation Trust, DWCT), founded in 1963. The trust sponsors conservation of rare and endangered mammals, birds, amphibians and reptiles. The Wildlife Preservation Trust International (WPTI) was later established in the United States, in 1971, as counterpart benefactor of JWPT, and evolved into EcoHealth Alliance.

Today, the Stationary Ark not only oversees conservation research of 200 species of animals in peril, but inspires empathy for wildlife among “educated Noahs” at a mini-university established at Les Noyers, and adjacent to the zoo. It was there where, in 1987, Durrell autographed the book I have, while I was student at the International Training Centre for captive breeding of endangered species; 2,700 graduates from 128 countries have been educated at the center since 1978, when it opened. — Durrell died at age 70.

Zoo keepers and trainees at Gerald Durrell’s home in Jersey (1987). Gerald Durrell, Lee Durrell and Jeremy Mallinson (Zoo Director at that time) appear in the back row, right.  Guillermo Paz-y-Miño C. is in the front row, second from the right.

Perhaps the ark metaphor can still be used, or resuscitated, as by Gerald Durrell, to inspire curiosity for investigating the frontiers of nature and to propose scientific solutions to the genetic erosion of increasingly small animal populations worldwide. Then there’s the “full-scale” depiction of Noah’s Ark at a 160-acre Genesis theme park to open in Kentucky in 2014, a $150 million investment that will intoxicate the minds of visitors with the idea that incest mating between two of a kind — just like Adam and Eve — can populate the Earth. — © 2011 by Guillermo Paz-y-Miño-C. all rights reserved