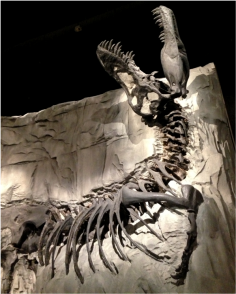 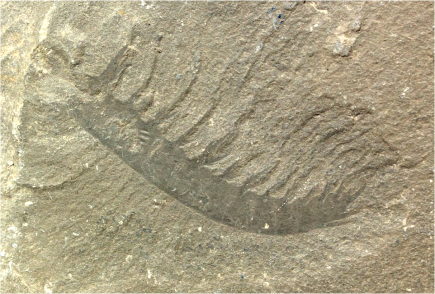 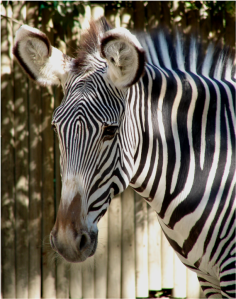 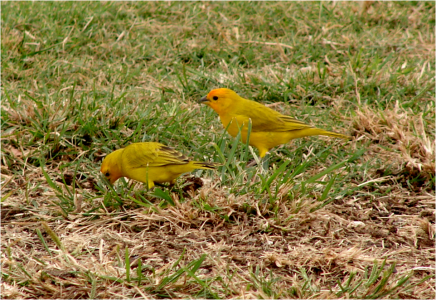 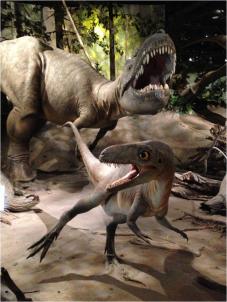 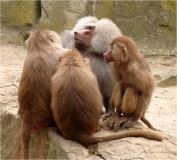 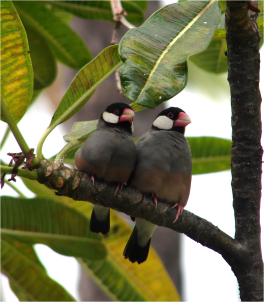 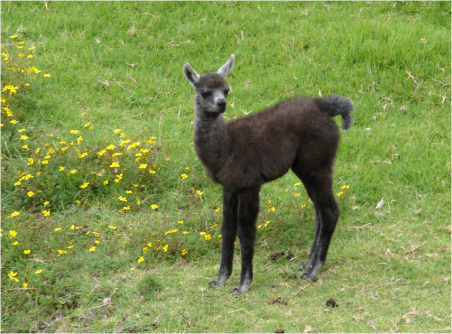 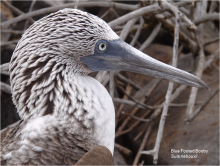 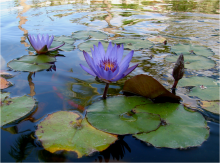 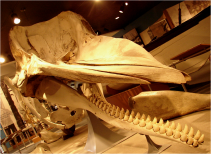 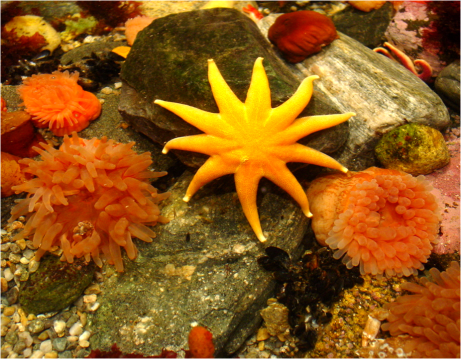 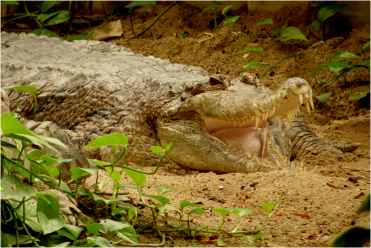 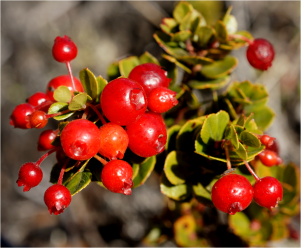 “…Mutations are essential to evolutionary change; they provide the genetic variability that lineages of organisms need to persist over the eons. At the same time, evolution has equipped our cells with repairing mechanisms to fix, edit DNA errors that can be detrimental…”

If completely stretched into a single, long molecular chain, the DNA of a human cell would measure about two meters. During our lifetimes, our bodies would replicate enough DNA that, theoretically, it could be extended from Earth to the Sun, and back, 250 times. Ample opportunities to accumulate 37 trillion mutations while re-copying the genetic material. 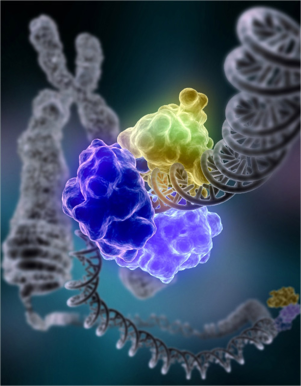 Yet, evolution has equipped our cells with repairing mechanisms to fix, edit such DNA errors. And this year’s Nobel Prize in Chemistry has been awarded to Tomas Lindahl (Sweden), Aziz Sancar (Turkey) and Paul Modrich (US) precisely for discovering and characterizing –independently— these processes.

What I admire most in these investigators is their obsessive pursue of knowledge during a vigorous exploration of the intimacy of our inner molecules. As Modrich puts it “curiosity-based research is so important; you never know where it is going to lead.” And it did lead them from almost extraneous observations of the harmful effects of UV-light on the DNA of bacteria to –four decades later— its applications to our current understanding of cancer, neuro-degenerative disorders and ageing. Another lesson for today’s academic administrators infatuated with worshiping the science-for-profit model.

All began in the 1920s when American geneticist Hermann Muller (Nobel Laureate in Physiology or Medicine, 1946) found that X-rays could harm bacterial cells. By the 1940s, it was known to scientists that UV-light also had mutagenic effects on most cells. Interestingly, despite radiation-induced damage in bacteria, laboratory colonies continued to persist, which led researchers to infer that these organisms had repair-mechanisms to reinstate the internal chemistry. In 1944, DNA was recognized as the material of heredity and UV-light as a deteriorating agent of its structure.

The first breakthrough in DNA-repair mechanisms was unexpected: Albert Kelner (US) discovered that, in response to UV-induced cellular damage, bacterial enzymes could reverse the process by using –surprisingly— light, and capturing its energy-particles (photons), which excite electrons in the enzymes’ functional parts, thus jump-starting their repairing engines. The process was termed photo-reactivation and the enzymes photolyases. The story only grows in beauty.

Keep in mind that DNA is built of four “bases,” called adenine A, guanine G, cytosine C and thymine T. Under ordinary circumstances, A always pairs with T, and G with C, hence forming the steps of the DNA’s double helix, which is usually depicted as a staircase. In 1974–1976, Tomas Lindahl studied a frequent mutation in which G, rather than pairing with C (as G-C), had, as partner, the base U (uracil), a constituent of other molecules in the cell. Why? C and U are very similar, but when C loses some of its parts, due to predictable chemical contingencies, it can resemble U more closely. Thus DNA would temporarily accept the pairing G-U, but the cell would fix it by enzymatically chopping off U and restoring the correct coupling G-C. And Lindahl mapped, so elegantly, this entire process, which was labeled single-base excision repair. Later, it became part of the cell’s toolbox for DNA repair mechanisms, of which numerous have been described. 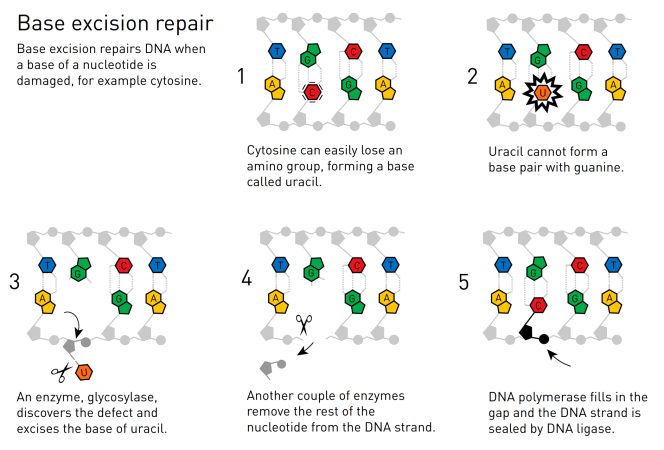 In a separate study, Aziz Sancar experimentally manipulated with UV-light-induced mutations and characterized how the cell could fix errors via an alternative pathway, termed multiple-base excision repair, which included cutting off several bases, not only one, as described by Lindahl. Sancar knew that UV-light could make T behave strangely and pair with its homologue (T-T), rather than with A, as it normally does (T-A).

Let us imagine two parallel rows of DNA sequence in which the top one is G,C,T,T,C,G. Its complementary, bottom, pairing (following the rule A-T and G-C) would be C,G,A,A,G,C. However, UV-light damage can induce the Ts on the top row to pair with each other, as T-T, rather than with their corresponding As in the bottom, as T-A and T-A. Thus creating a bump loop on the top row (T-T), leaving the As in the bottom unpaired.

In 1983, Sancar plotted the entire mechanism of repair of the T-T mutation, which included multiple enzymes responsible for accurately cutting and restoring 12 bases in the top row of DNA, five prior and five post T-T. An amazing work. 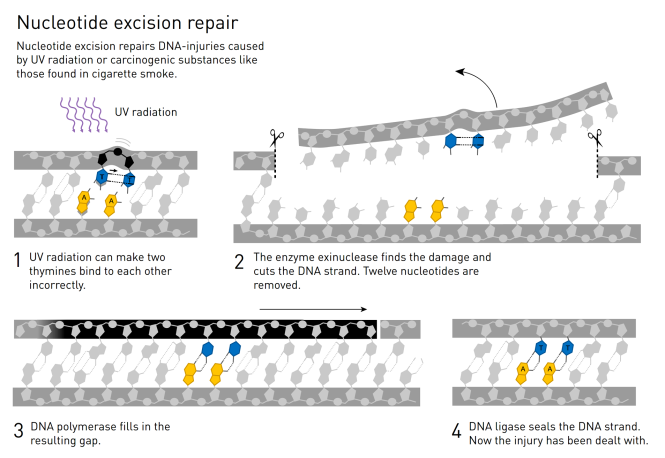 By 1989, Paul Modrich had unveiled a third mechanism, which involved the fixing of DNA sequence mismatches, which randomly emerge during cell divisions. A process called DNA mismatch repair. It included even larger stretches (beyond 12 bases) of folded DNA, which specific enzymes would cut and restore to the correct sequence (watch VIDEO). 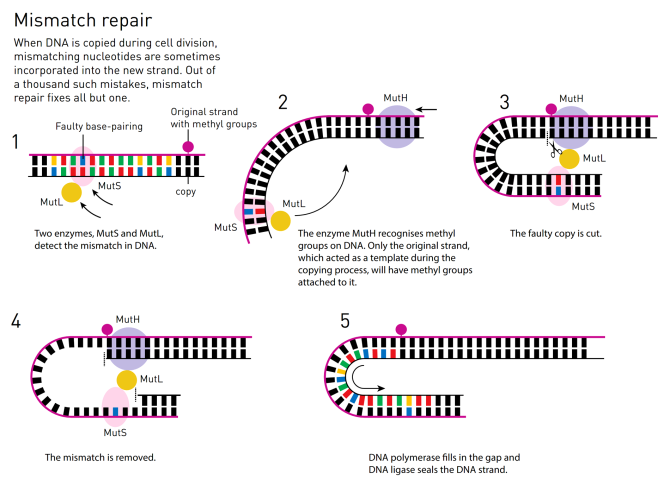 What is the value of curiosity-driven research? Because cancer, neuro-degeneration and ageing start with DNA damage, almost all we understand about them –including drug treatment— relies on the basic science of DNA repair mechanisms. — © 2015 by Evolution Literacy all rights reserved. 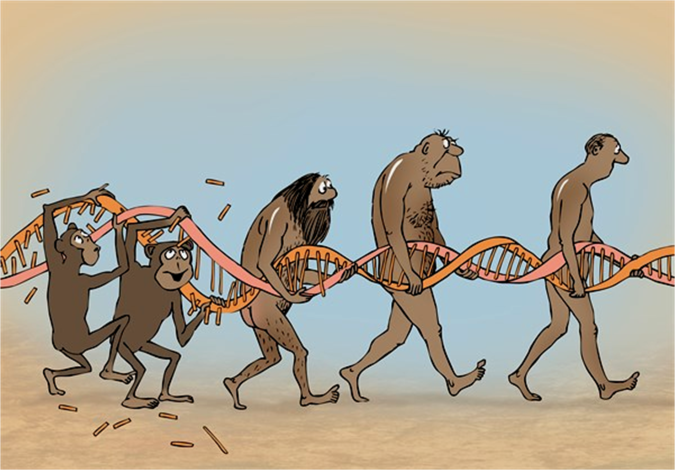 Historical paper by Tomas Lindahl published in Nature 1993: Instability and decay of the primary structure of DNA.

Press Release from the Royal Swedish Academy of Sciences: the 2015 Nobel Prize in Chemistry

Scientific Background on the 2015 Nobel Prize in Chemistry: Mechanistic Studies of DNA Repair, compiled by the Class for Chemistry of the Royal Swedish Academy of Sciences. 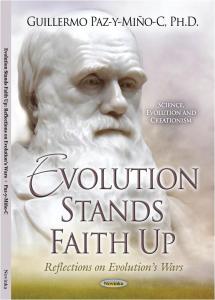 “This is an inspiring, readable collection of essays of reflective value to everyone. Paz-y-Miño-C points to the vain attempt by many to try and accommodate scientific rationalism with supernatural beliefs. They are simply incompatible. The author has a marvelously eloquent style of writing, full of inspiring metaphors and lateral observations that reinforce connections to the foundations of scientific inquiry and to biological evolution in particular. These thoughtful essays… are inspiring… [and] help clear the fog in our communities and arm our neighbors [with arguments] against theistic anti-science, medical quackery and other irrational nonsense.” – Greg M. Stott, PhD, Geoscientist with the Ontario Geological Survey, Canada.

“Paz-y-Miño-C doesn’t ask the reader to ‘believe’ in evolution. He provides overwhelming evidence, clearly written, that shows how scientific inquiry leads to important and practical results, while superstition and faith lead nowhere. Although we may not be able to reason someone out of what they were never reasoned into, the author presents a roadmap for those whose minds are open to discover the wonders and beauty of science.” – Herb Silverman, PhD, author of Candidate Without a Prayer: An Autobiography of a Jewish Atheist in the Bible Belt.

“Too many of our colleagues work so hard to appear open minded that their brains seem to have fallen out. When they teach our students that they can pick and choose when to be logical, critical thinkers, they are modeling the type of reasoning that leads to the politics of convenience and its bridesmaids: racism, sexism, and the whole host of xenophobias. Paz-y-Miño-C is a prolific essayist, he does not pull any punches, but when he cuts to the core of an argument, he does it with the flare of a true artist.” – Stan Braude, PhD, Professor of Practice in Biology, Washington University in St. Louis, USA.